The tender exercises for three residential sites closed on Wednesday (26 Apr) with relatively bullish bidding from developers, with the top bid for the Cuscaden Road site setting a new benchmark for a 99-year leasehold site. At nearly $410 million, the top bid of $2,377 psf per plot ratio (psf ppr) by Amberden, FEC Properties and Orchard Square “smashes all records for a residential government land sale, as well as earlier market expectations of $1,800 to $2,300 psf ppr”, said Tricia Song, Colliers International’s research head for Singapore.

“While bullish, it is probably achievable as nearby freehold luxury new launches such New Futura and Le Nouvel Ardmore have achieved average prices of $3,200 to $4,000 psf, while the 99-year leasehold Wallich Residence in Tanjong Pagar has sold some units at $3,700 psf.”

“The narrow margin of 5.5 percent among the top five bidders shows how keen the competition was among them,” noted Ong Teck Hui, JLL’s national director for research and consultancy.

In fact, keen bidding for both the Cuscaden Road and Mattar Road land parcels indicates that “demand for attractive residential sites is still buoyant”.
“With such keen demand for sites, the en bloc market is likely to stay firm as it continues to be the main source of residential land supply over GLS,” added Ong.

Meanwhile, the Silat Avenue site attracted a sole bid of $1.035 billion, or $1,138 psf ppr from UOL Venture Investments, UIC Homes and Kheng Leong Company. While it is an appealing site within two kilometres from the CBD, “we think the underwhelming tender outcome could be due to the large size of the site (which could accommodate 1,125 homes) and relatively untested location, away from MRT stations”, explained Song. The presence of five conservation buildings on the site, which are to be retained and restored, may have also posed constraints to developers, said Ong. 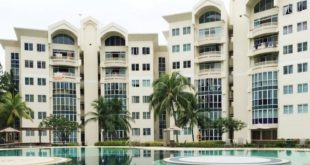 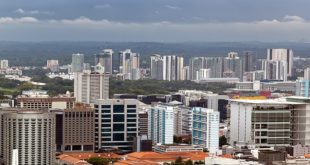 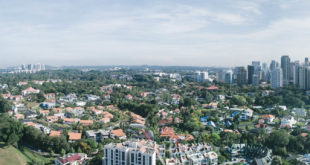